I was born in Humboldt, West Tennessee in January of 1970 in the middle of a snowstorm. I have also lived in Murfreesboro, Franklin, and Gallatin in Middle Tennessee; and Gibson, in West Tennessee. I currently live at the foothills of the Great Smoky Mountains in Seymour in East Tennessee.

I worked at Hobby Lobby in Jackson and there met my future spouse. I worked in the framing department and he was department manager of arts and hobbies. We married on Valentine's Day in 2003. We lived in Gibson less than a mile from my parents. In 2006, my father was diagnosed with lung cancer. He died in August of that year. My mother and I had always wanted to live in the mountains close to Cades Cove and so we began looking at houses. The three of us moved to Seymour together in 2007. My husband had a severe debilitating stroke in 2007 (only 5 months after moving to Seymour). Now I am his full time caregiver and also spend time painting. My mother died of lung cancer in April of 2018.

I have exhibited in Chicago, New York City, and numerous cities across the state of Tennessee and Kentucky. I have won numerous awards including Best of Show and my artwork is in several corporate and private collections in Tennessee.

I also enjoy piecing quilts by machine, latch hook, felt stocking kits, counted cross stitch and embroidery. I took A Wilton cake decorating class at Hobby Lobby, and I have also tried my hand at making and painting pottery. I love to collect Raggedy Ann and Andy dolls and have also made paintings of them. My favorite artist is Helen Van Wyk from Welcome to My Studio. I like working in charcoal, pastel, and sometimes watercolor, but my favorite is impasto oil on canvas. 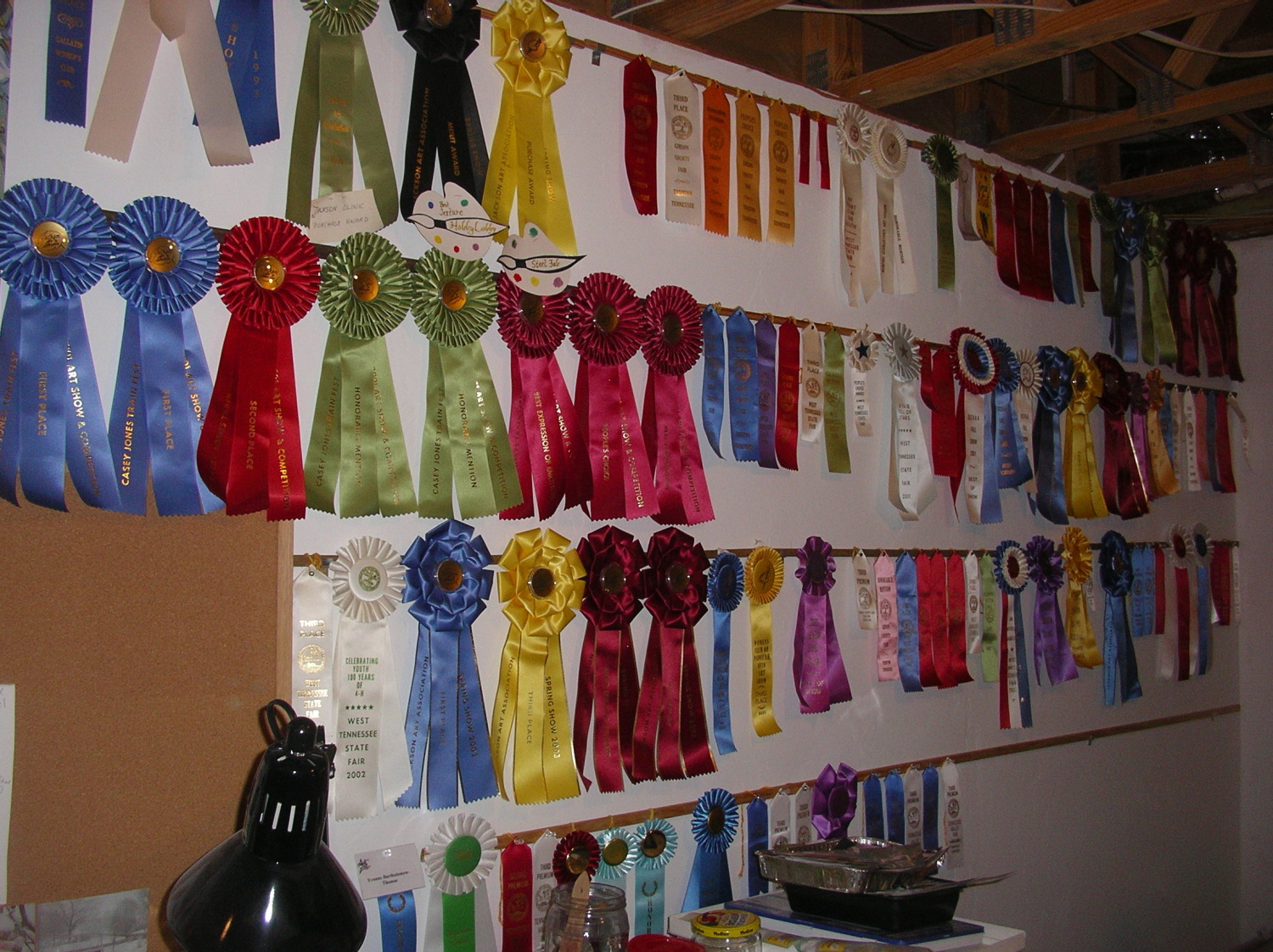